Back At The Chicken Shack

It’s Little League parade day and I just dropped Orion off at City Hall in San Rafael.  Now I’m sitting in my car on Fourth Street with a solid hour to kill before the parade starts.  So it’s blog time.  Strangely, the Personal Hotspot on my Phone isn’t working so I’m authoring this in TextEdit and will paste into Blogger later (not that any of you care.)

As you likely suspected, no news is good news.  In my last post, I mentioned that my energy had increased significantly compared to the post before that.  From then til now, I haven’t noticed much of an energy increase, but at least there hasn’t been a decrease!  I guess that makes sense… my Hemoglobin has only crept up a little bit the last few weeks (14.2 to 15.1 to 15.0) and we haven’t decreased the Tac.

That’s all slated to change next week though — touch wood.  I had my bone marrow biopsy (BMBx) on March 16th — exactly Day +90.  We should have the full results next Thursday (3/24) when I meet with Dr. Damon.  As long as it’s clean, which we fully expect it to be, we’re going to start to (pretty aggressively I hope) taper the Tacrolimus.  That should lead to increased energy. Yay.  It also means we could see some graft vs host disease (GVHD.)  Not yay, but ok.

GVHD is a normal part of the recovery and it’s a total unknown.  The goal is to get completely off the Tac as quickly as we can — say by the end of the year — but that all depends on the GVHD.  If we taper the Tac too fast and there’s too much GVHD, we’ll need to slow down. In AML battle 1.0 I had some pretty severe GVHD in the form of muscle and joint constriction… more than a year after transplant.  Let’s hope I don’t have that again.

The more we reduce the Tac, the more we can reduce the other meds I’m on.  I’m already completely off the Magnesium and the Ursodiol but we still need to get off the VFend (Voriconizole), the Septra (not SEPTA) and the Acyclovir.  One huge downside with VFend is that it makes me *extremely* sensitive to the sun.  Essentially, I’m not supposed to get *any* sun while on the VFend… that’s a huge problem with the kids’ baseball seasons starting.  So on my tele-visit with Lisa on 3/17 we talked about swapping out VFend (Voriconizole) for something called Posaconizole which is (apparently) similarly effective but doesn’t have the sun sensitivity. As Paris Hilton would say, “That’s huuuuuge!”

Related: both kids had their follow-up appointments for their broken pinkies on March 17 and both got fully cleared to play sports.  Orion only missed one pre-season LL game and Floyd only missed one scrimmage.  He’s got another one tomorrow.  Could have been a lot worse!

So… yeah.  Things are just continuing to slowly track towards normal.  I’m probably at about 70% energy (mentally, physically, emotionally)… not bad for 90 days post transplant but still a long way to go.

Other than the last few days (as my lower back is sore from the BMBx) I’ve been riding the Peloton (and doing light arms) just about every day.  Output continues to increase... slowly.  Follow jgPhakePage and checkout my workouts if you want to see all the deets.

Making it a point to sit outside in the shade for a bit most days too.  Princess Sparklemuffin won't leave me alone though. 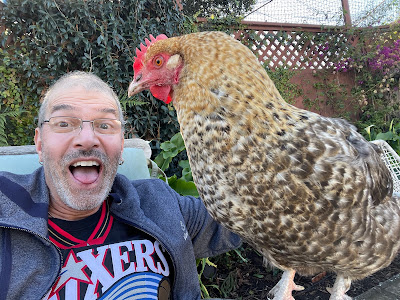 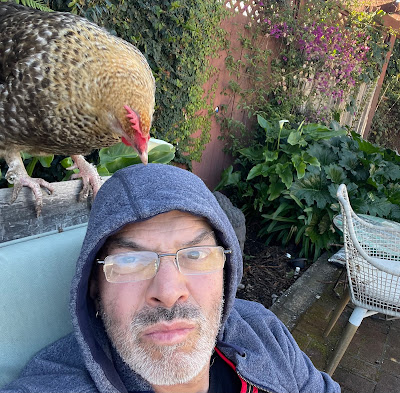 Been cooking a bit more too.  I like listening to music when I make salad for dinner.  It’s very zen.  Plus we have Sonos speakers all over the kitchen.  Here are a couple salad pics and a wide angle of the remodeled, cabinet-less, kitchen.  It’s also perfect that both the GD and Phish Sirius channels play a complete live show at 6:00p PT — right about the time I start cutting vegetables.  Been listening to some Goose too.  These guys are the real deal. 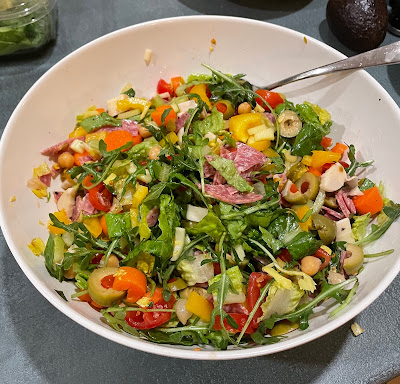 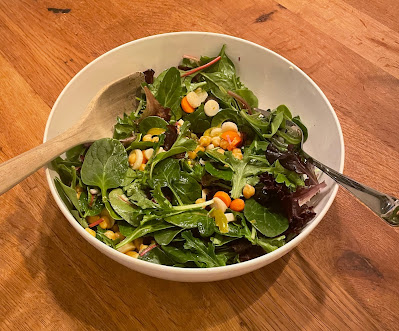 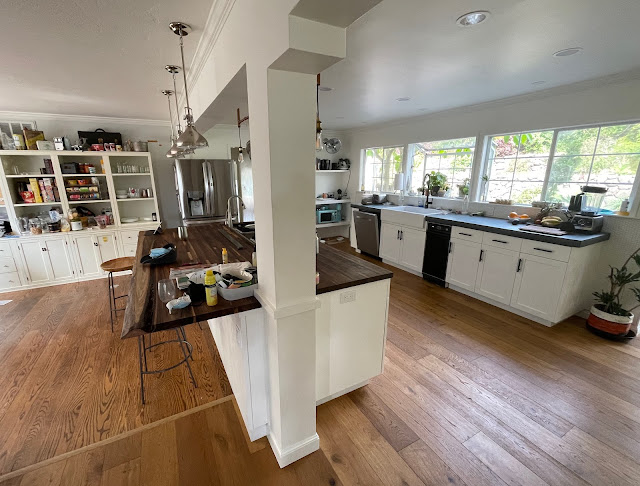 Next post will be very short — a BMBx report.  Until then…