We're Bobbing On The Surface

I can't believe more than two full weeks have passed since my last post.  So much has gone on and most of the news is good.

Shortly after I pressed Submit on my last post, the long awaited lobstah was delivered!  It was a huge box with lots of ice packs and 6 sizable lobstahs from Legal's!  As it was close to 8:00p, we decided not to deal with preparing them that night, so we just put the box in the walk-in pantry, added some ice packs to the box, and wrapped it with towels.  Don't worry, they weren't alive -- you actually have that option, but we decided to have them sent cooked.  I'll post pics of the lobstah and all the yummy Meal Train food a little later.

So lets start with the health update.  There's a lot to report so buckle up. Over the last two weeks, my energy has increased pretty significantly.  I'm still nowhere near 100%, but the combination of my rising hemoglobin and the reduction in Tacrolimus has really helped.

Here are some charts of the numbers.  Check out the graph on the top-right.  We've reduced my Tac from 2mg all the way down to 1mg and my Hemoglobin is up to 14.  The result?  My energy is up!  Just look at the Peloton output. 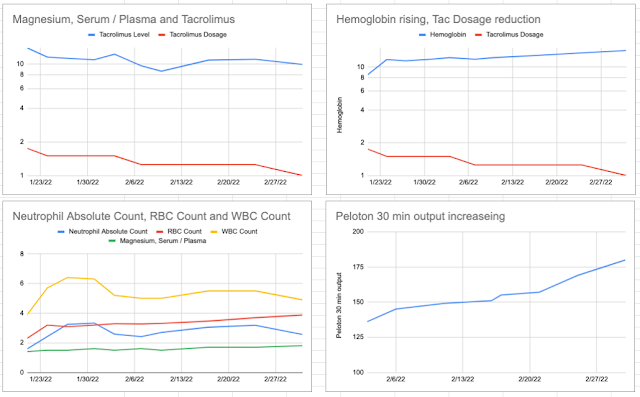 Mag is now in normal range.  So is Hemoglobin.

Here are my last 8 Peloton 30 minute (all scenic) rides. 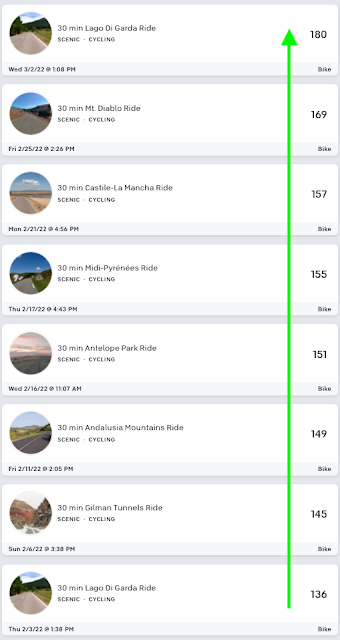 Time to start riding more consistently... like every other day at minimum... and doing the instructor-led programs again.  I don't think I can do the programs I was doing before (yet!), but maybe some Advanced Beginner stuff.  Hopefully they have some of those with Arms intervals.

Next, let's talk about the Hickman Line.  I got so fed up with it that I just decided to rip out out myself.  Here's the before... 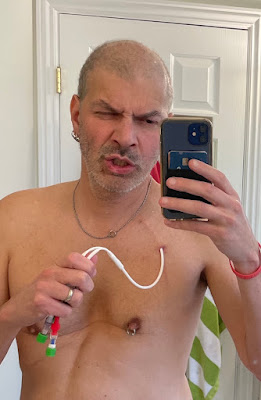 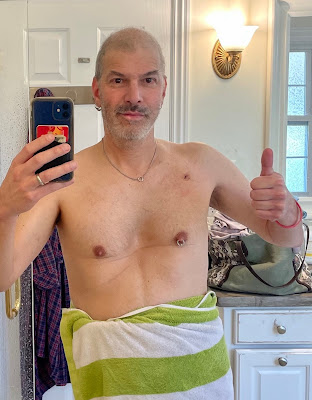 Just kidding.  After the Orion-induced COVID delay, the Hickman-removal appointment got pushed Thursday 2/24.  It just took some local lidocaine, some massaging and shimmying around to get one part to the surface, then a bit of pulling and tugging from the doctor, and one final deep-breath-and tug, and the thing was out.

Big shout out to the three drivers (all Salesforcians!) on 2/24.  Great to to see you, pcal and Vanessa, and huge thanks to Greg for grabbing Cheesesteaks and driving me home.

For you data-heads out there, here's the raw data from those graphs above:

Overall, work/rest/exercise balance has been pretty good.  I'm actually working a bit more than half-time which is more than I thought I'd be able to do.  Also, in addition to exercise, I've been able to take some time to just relax and rest.  Doctor's orders -- seriously.  So I try to take a little break once in a while and just sit and do nothing.

Here are a couple pics of me sitting outside in the shade: 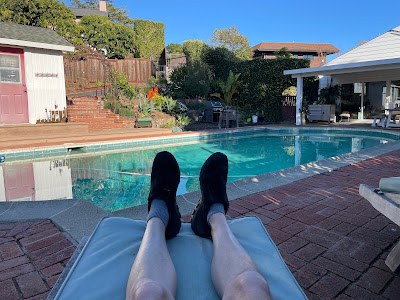 And now that the Hickman line is out, I can even sit in the hot tub! 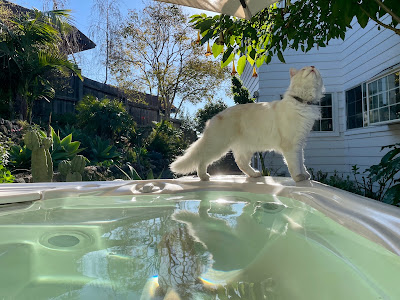 The one thing that still isn't improving is sleep.  Lots to work on here... more daytime meditation, getting enough cardio, disciplined wind-down routine, body-scans, etc.  Still not finding consistency though.  As of today's appointment, my blood pressure is up too.  That can't be helping.  We're gonna get back on the Amlodipine starting tomorrow.

Last thing to report... the MealTrain has been incredible.  Even with the increased energy, some days I am just dog-tired after work.  Not having to worry about dinner a couple days a week is such a big help to Heather and me.  Huge thanks to Steve and Tamera Payne, whom I met for the first time when they dropped off some great lasagna, arugula salad, asparagus, lemonade, and red velvet cupcakes.  Steve is a fellow-AML-survivor. 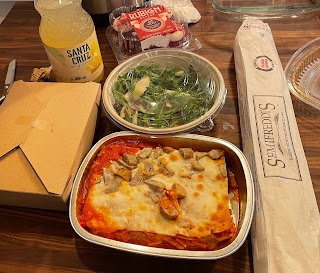 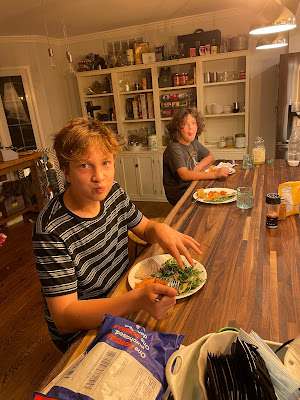 Two happy, hungry boys chowing down!
Oh I almost forgot about the lobstah!  Thanks, Gramma!  It was sooooooo good! 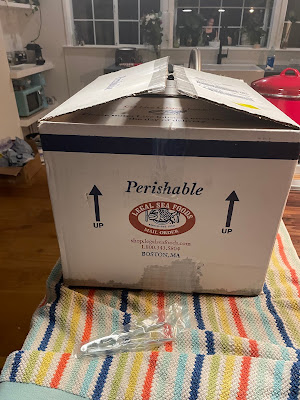 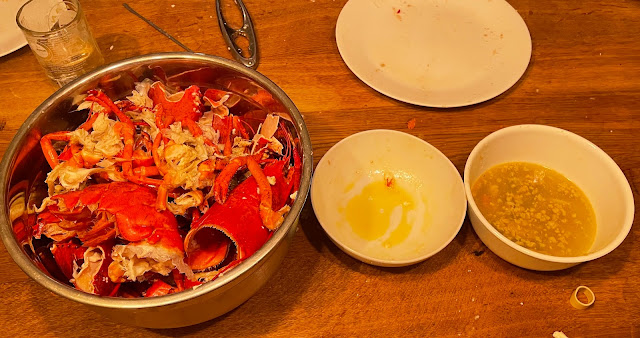 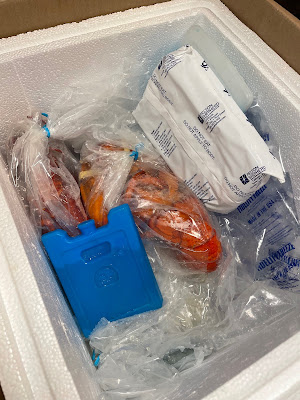 Four down, two to go!
Next milestone is the Bone Marrow Biopsy which is set for March 17th, the same day that both kids have their follow-up appointment for their broken fingers.  Hopefully all three of us will receive good news.
If the BMBx is clean... check that... WHEN the BMBx is clean, we can really start to taper the Tac and hopefully reduce my appointments to every two weeks.  Every step is feeling closer to normalcy.
iwkia...a
Email Post