A Few Companions On This Ride

It's been over a year since I authored my final(?) post.  So why am I writing now?  Simple.  I want to share two very important things:

(1) Light the Night is in full swing in 2015 and I want to invite you to a very special event supporting both the Leukemia & Lymphoma Society (LLS) and me, your ol' pal, jg.

(2) Though I posted plenty on my Facebook timeline, I have yet to post pics of my blood brother (and stem-cell marrow donor), from my trip to Germany last summer.

Before we get to these two items, lest anyone had any kind of nervousness when clicking into this update, my health is absolutely fine.  Now, when someone asks me, "howya doin?" I can reply (and I often do) with honesty, "never better."  I haven't taken a single med of any kind in over a year.  I'm cured, bitches! OK... so... LLS and the special event.  As I posted in my previous entry, I joined a (California's only) Phish Tribute band -- Chum -- in Feb 2014.  We've had some killer gigs and played some amazing venues over the last year, and that takes me to (1).


On Saturday July 11th at 8:30pm Chum will be playing an LLS benefit at The Chapel on Valencia Street in the Mission in San Francisco.

This show is all ages.  For those of you have wanted to come to a gig but haven't made it out, please come out for this one.

Maybe some of San Rafael's own Blue Claws will make an appearance at the show! 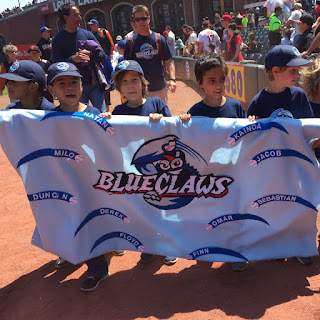 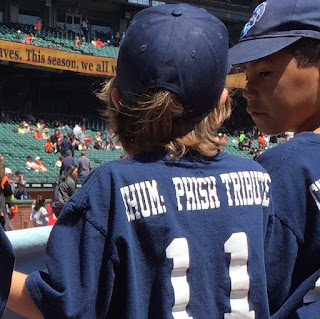 
A little more on Light the Night 2015.  I have a personal goal to to raise $5,000 this year and am driving Salesforce to raise $400k.  Last year Salesforce was the #8 National corporate team raising over $350k.  This year we're going to cross the $1million mark for total money raised over the last 5 years.

Floyd and Orion are also raising money this year and they are crushing it!  I guess I need to raise their goal to $2000. 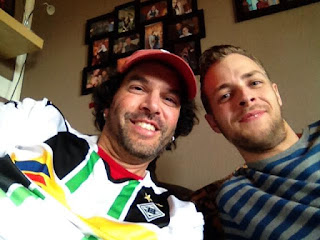 jg and Martin in Mönchengladbach, Germany

Let's put it plain and simple.... without him, it's entirely possible that Floyd and Orion might be without a father right now.  Think about that.  Now, if you haven't joined the bone marrow database, sign-up for a kit.  It's just a cheek swab.  Martin did it in the Summer of 2010, and by March 2011, he was saving my life.

Fast forward three years... in the Summer of 2014, after spending a week in Ireland for work, I hopped a flight to Dusseldorf, Germany and spent a day with Martin and his wonderful family.

Today, Martin's blood runs through my veins and his marrow lives in my bones.  He is truly my blood brother. 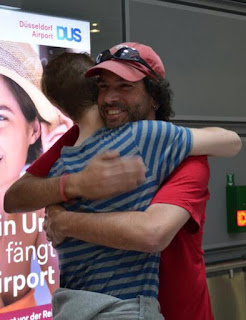 Thank you, Martin.  And thanks to everyone who supported Heather and me during our time of need.